Throughout our lives we breathe. 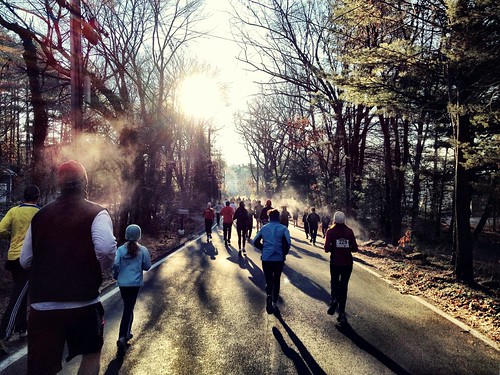 .Throughout our lives we also lose a few hairs here, a few skin cells there. We all do this. Not only us, but our pets as well. Even our houseplants lose cells as we live. Perhaps not as whole live cells, but as bits of cells. These bits and pieces become a part of the material we call “dust”. We vacuum and “dust” and work to be rid of it and some is trapped in fabrics and in crevices of the homes we keep. But of course it is also in the air around us. Just look at nearly any patch of air with the beam of a very bright light and you will see it floating and moving.

We breath it in and it doesn’t always come out. The people and pets we live with become a part of us in this way, very intimately. No wonder we have little chance of avoiding colds or the flu. We also of course share germs. 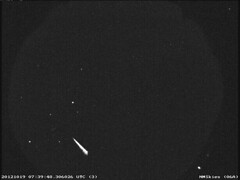 Dust as well as consisting of this organic material, and a few other organic materials which might even be a bit less savoury to our sensibilities, but still there, still shared — also consists of inorganic materials of fairly mundane origin, bits of paint, and other chemicals from our environment, a few other organic things like from the wood and fabric around. Grit from sand and dirt; pollutants; wearing machines and less mundane sources —a certain amount of dust actually consists of dust from space. A fine dusting of meteoric dust floats down into the atmosphere or from meteors that burn up in the atmosphere. Of course some comes from comets or even further out as well.

The air in our atmosphere is stirred up greatly, mixing up this dust and spreading it far and near in addition to the contributions that come from our home environments. The soil in the Amazon rain forests falls in part from dust picked up in African dust storms. Dust from Iceland volcanoes grounds flights all across Europe. Our weather in weeks can spread materials around the globe. The air in our atmosphere mixes very well.

It mixes so well in fact that the air you take in, in your next breath, is statistically provable to include molecules of air that have been breathed by figures from most any figure of history you can name. In fact, keeping in mind how well the atmosphere is mixed, figures in history not even that far back. 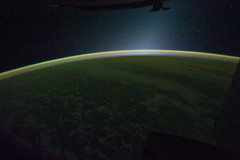 I gather that so long as they breathed at least 10 years ago anywhere on the Earth that hasn’t been kept totally enclosed and isolated from the rest of the atmosphere that you take in some of the molecules that they breathed with each breath you take. It works pretty much that way for much short periods of time as well 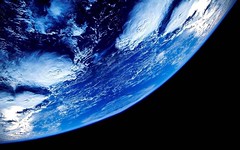 Water exchanges very well as well. Water we drink we lose to back to the Earth. Perhaps it might take a while before it is drunk by another, but, likely sometime long before we drank it, something else already had and no matter what your view of natural history, some interesting creatures have drunk and breathed what you do.

A View of Earth from Saturn (Photo credit: alpoma)

I am told, that every molecule of us beyond the hydrogen in us — for helium is very rare and was first discovered in the Sun — was created within a star. Probably it has been within more than one star tossed on an anvil of stellar fire before becoming a part of our Earth and then incorporated into the being called us. The hydrogen — that may have come straight from the creation of the universe though through one or more clouds and comets and perhaps even a star or two.

The elements of our bodies consist of many that have been in many folks, beasts, plants and stars that preceded us. We are all tied together with a Divine Breath.

DWPenner has a broad education that is strong in the sciences and technology. He also has studied archeology and some history in his journey to "Now". DWPenner enjoys creating, whether sketching or writing. Creating computer graphics or web pages are equally satisfying and at one time he loved writing computer programs. Medieval heraldry has been a passion and currently he volunteers as one of the Directors of a heritage society.
View all posts by dwpenner →
This entry was posted in Parable Life, Parable Universe, Parable Worlds, Parable-ic and tagged Air quality, articles, Atmosphere, Atmosphere of Earth, circle of life, conspiracy theory, dust, Dust storm, Earth, God, life, meteoroid, nonficiton, observation, oneness, peace, speculation, spirit, spiritual, star, theory, unity, universe. Bookmark the permalink.