What is magic? Sleight-of-hand performed by some stage magician; the subject of fairy tale books and legends; something found in comics and fantasy books; something practised by Wiccans , Pagans, or… — What is magic?

Is magic some fantasy? Something that is wished for by many fans of fantasy novels? Or is there validity to magic?

Top hat as an icon for magic (Photo credit: Wikipedia)

Some fantasy tales tell of magic that once was just like the time of fairy tales has faded only because it is now spread too thin to be noticed by most people. At times when few controlled magic, the magic was stronger. There might be truth to that. But I tell you, magic is real!

Why don’t we see magic all around us? It is because we are so used to it that we can no longer recognize it as magic.

Perhaps once I write a bit about it, you’ll start recognizing the “magic” all around you.

I might write on it later, but I am not writing about the majesty  of nature, though that’s magical in its own right.

What would you say if I told you I listened to a dead person today? You might think I’m a bit loony or some sort of psychic medium — however you probably do it even more often than I do.

I listened to Bing Crosby singing. I heard the emotion in his voice and the words of the lyrics he sang. Not only did I hear the message, but I also got pleasure from his music.

Is this magic? I’d say so. I know that technology was involved but is it magical that we can listen to musicians who have long passed away? Or could I also say miraculous? I think we discount many of the things we do that in reality is magical, simply because it involves technology. 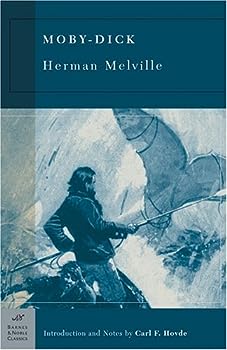 If that is too high-tech, consider how we can listen to other voices across the millennium. Have you ever read “Moby Dick“? As you read the words on the page or hear a narrator reading excerpts from the book, you are hearing the words, if not the thoughts of Herman Melville from 1851. Herman Melville is long dead, yet his words and thought reach across time to us. Consider Shakespeare’s plays, or older works like  Chaucer’s Canterbury Tales — jumps further back in time — or going a bit further “Beowulf“. That is just looking at English. How far back do the various religious writings go. It is true that often we are reading translations from the original text, but while we might not be reading the actual words, we are sharing the thought’s of the authors. Take a step back, instead of looking at it from today, looking back at an author’s thoughts in the past. Consider what the writer was doing in the past. He was sharing his thoughts with people dozens of generations into his future! (That is just looking at 20 year generations for 500 years being 25 generations. 1,000 or 2,000 years… 3,000 years?)

Now I suspect that these words I write here won’t last the century, theoretically they could last, who knows how long.

Isn’t that really magic that we don’t realize is magical?

DWPenner has a broad education that is strong in the sciences and technology. He also has studied archeology and some history in his journey to "Now". DWPenner enjoys creating, whether sketching or writing. Creating computer graphics or web pages are equally satisfying and at one time he loved writing computer programs. Medieval heraldry has been a passion and currently he volunteers as one of the Directors of a heritage society.
View all posts by dwpenner →
This entry was posted in Parable Life, Parable Worlds and tagged Beowulf, Bing Crosby, Canterbury Tales, Chaucer, Dead Sea Scrolls, fiction, Herman Melville, magic, Melville, miracle, Moby Dick, non-fiction, novels, Shakespeare, slieght of hand, technology, writing. Bookmark the permalink.